So I think I have just recovered from the weekend!! It was immense, as expected it consisted of a lot of shopping, a lot of partying, a huge amount of banter and a lot of Cheryl!! 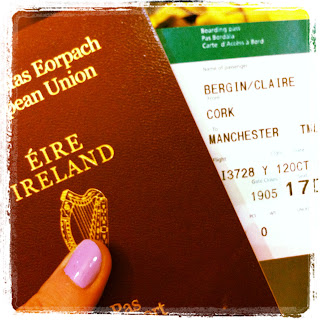 We arrived at 9 on Friday night and once checked in we headed straight out. Thankfully I had a buddy over there who said would bring us to the best spots - unfortunately they were dives ha!! But we made it into a good night! 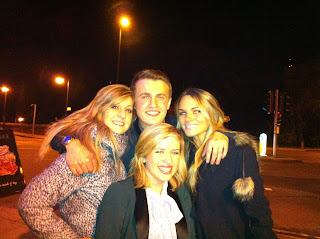 The next day we hit up the Trafford Centre and all I can say is OH MY GOD it was enormous!!! We got lost several times! Hungover to hell we hit the shops!!

In our heads we had everything planned down to a T but as you can imagine it didn't work out that way, so we ended up missing the supporting act (by choice I may add) and arriving in our seats (third row front the front) 2 seconds before Cheryl came out!! And wow!! She was brill and surprisingly sang live which was a bonus! Afterwards we hit the town of Manchester again and showed the Manc's how we do it back home!! Lets just say we put them to shame!!

Sunday was horrible!!! We were hungover, had to pack and had a whole day to waste before our flight so I managed to get us into the City Centre and we did a bit more shopping and a lot of sitting down have hot chocolate (it was freezing over there!!) Finally we got to the airport and our first bit of wifi!!! We boarded the flight and said goodbye to an epic weekend!!


Don't worry Manchester we'll be back!!!

What I Wore Today